Notice: Undefined variable: I in /home/itd48vkoyq9v/domains/international-design.org/html/index.php on line 218

Notice: Undefined variable: I in /home/itd48vkoyq9v/domains/international-design.org/html/index.php on line 226

The designers adopted the rotating motion of film reels as the theme of this cinema. Huge round plates with 2.8 meter diameter are arranged across the ceiling to form an enormous ceiling feature. The wood pattern and the lighting effect together create a sense of movement and suspension, resembling film reels frozen in the midst of rotation. In the auditorium, ceiling and walls are covered with small brown discs made from sound absorbing panels, as if film reels flying towards the audience.

Good design deserves great recognition. Everyday, we are pleased to feature amazing designers who create original and innovative designs, amazing architecture, stylish fashion and creative graphics. Today, we are presenting you one of the World’s greatest designers. Checkout an award-winning design portfolio today and get your daily design inspiration. 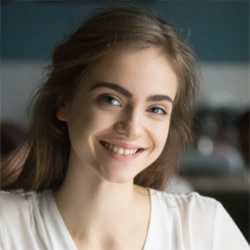 
Notice: Undefined variable: I in /home/itd48vkoyq9v/domains/international-design.org/html/index.php on line 576